📣Postmark has been acquired by ActiveCampaign
Continue reading →
x

At Wildbit, we’ve built our entire business around the idea of putting our people first. When people ask us what this means, they’re thinking of flexible working hours or generous vacation policies. And while taking care of our staff is vitally important to us, putting people first and treating people well aren’t the same thing.

Many companies offer attractive compensation packages but still prioritize the business itself above the needs of the people who work for that business.

One of our central beliefs is being intentional about creating spaces where our people can do the work of their lives. This means asking questions and thinking carefully about what work is, how work can and should fit into the rest of our lives, and how we can empower our team to feel safe, satisfied, and secure in their positions at our company.

We call this people-first operations.

Work-life balance is a false dichotomy

Since we founded Wildbit 20 years ago, “work-life balance” has become one of the hottest topics in modern business. Browse any job vacancy in tech, and you’ll likely see a reference to the idea of work-life balance. And many companies pride themselves on how well they achieve this balance.

The problem is that the concept of work-life balance assumes that work and life are equal.

It may sound blasphemous in today’s business environment of optimizing for growth and monetizing side hustles, but we believe that work enables life; that work should integrate into our lives, not the other way around. That’s not to say we don’t take our work seriously—quite the opposite—but it does mean that we view everything we do as a business through this lens and try to make decisions that align with these values.

One of the qualities we value highly at Wildbit is a strong sense of curiosity combined with a willingness to ask difficult questions. We’re constantly questioning conventional wisdom and expected business practices simply because so much of what is often presented as “good business” just doesn’t work for us.

We’re never going to be a business that asks our employees to pull 60-hour weeks because we just don’t think it’s healthy or productive to spend so much time sitting in front of a computer.

Knowledge work differs fundamentally from other kinds of work, yet many businesses manage knowledge work from the flawed assumption that longer hours automatically equates to greater productivity. The nature of work itself has changed profoundly over the past 50 years, and we have to be intentional about how we perceive and define work as well as how we manage it.

In his 2016 book,Deep Work: Rules for Focused Success in a Distracted World, computer science professor Cal Newport observes that “[t]he ability to perform deep work is becoming increasingly rare at exactly the same time it is becoming increasingly valuable in our economy. As a consequence, the few who cultivate this skill, and then make it the core of their working life, will thrive.”

Knowledge workers can only do their best work when given the time and space to do so. Today, we have no shortage of tools to help us get our work done, but the abundance of tools and information at our disposal often robs us of the time we need to truly focus and produce the best work we can. 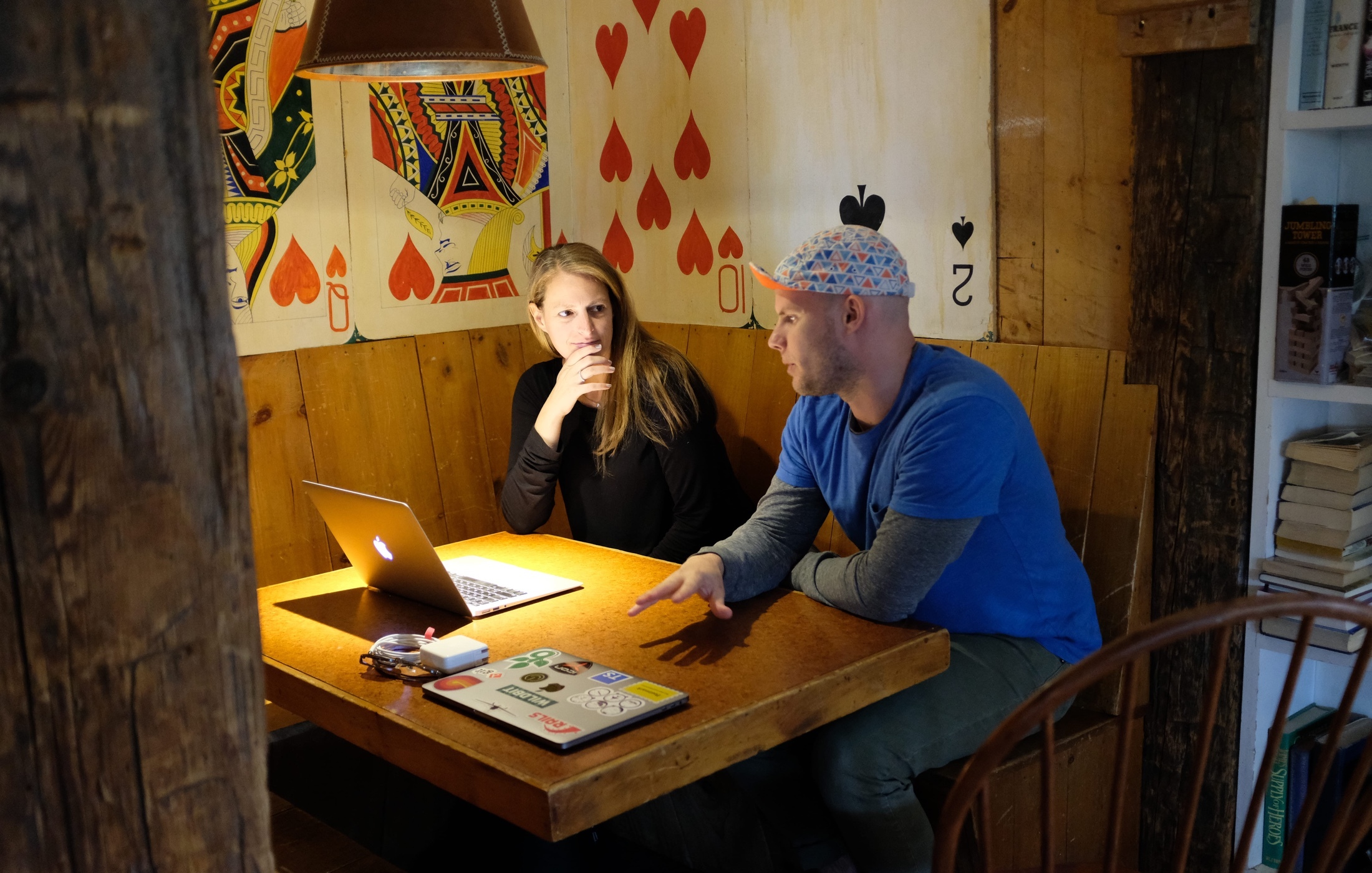 We developed the principles of The Wildbit Way to address these problems.

One of the defining principles of The Wildbit Way is keeping teams small. We’re not the biggest company, but small teams mean keeping overhead low. Smaller teams are self-contained and are easier to manage. In turn, this encourages greater autonomy and helps create a space in which our people can focus on deep work.

We make a conscious effort at Wildbit to limit meetings and instead favor asynchronous communication whenever possible. We don’t obsess over it, but we’ve found there’s value in keeping meetings to a minimum and ensuring they’re as prompt as possible.

We want to give our people the flexibility to work the way they want to work, and excessive meetings are often counterproductive to this goal.

To us, people-first operations aren’t just about how we work. It’s about how we plan to work. People do their best work when they have the time and space to concentrate. We prioritize deep work by proactively planning to avoid chaos.

We split the majority of our time into two phases: cycles in which we work and cycles in which we plan and think about that work. We’ve found this cyclical ebb and flow works well for us and allows us to minimize the chaos and uncertainty that can make deep, focused work difficult or impossible.

However, it’s important to note that this cyclical approach to work only succeeds when expectations are set clearly and early. Setting realistic expectations gives people a greater sense of order and control over their work and enables them to work autonomously.

We’ve also found that it’s just as important that people adopt a collaborative mindset about their work. We take great pride in the work we do at Wildbit, but nobody is selfish or possessive about the work they do. Collaborative teams are more nimble and adaptable, and a greater sense of collaboration allows ideas to flourish. Politicking has no place at Wildbit because it creates unnecessary stress, encourages toxicity, and often results in myopic, exclusionary thinking.

At Wildbit, remote work isn’t a perk. We’ve been a fully distributed company from the very beginning, and remote work is central to everything we do and our core identity as a business. Not just because it allows us to recruit from a global talent pool and makes it easier for our people to design lives that are rich and fulfilling, but because it aligns perfectly with the concept of deep work.

We see remote work as a compact between our business and our team. We create an environment in which our employees are given the freedom and autonomy to do their best work and order their world in a way that makes sense for them, so they can do that work. Being a remote-first company also forces us to run our business based on trust instead of arbitrary rules or policies. Trust is a much better motivator than coercion and creates a more positive environment in which people assume greater responsibility for their work and their contributions to Wildbit as a company.

Remote work gives our team the freedom to create spaces that lend themselves well to deep work, not romanticized notions of the digital nomad whose only connection to their work is their laptop.

So much of the conventional wisdom surrounding modern business is rooted in antiquity. The concept of the performance review, for example, is believed to have originated during World War I based on principles first established during the Industrial Revolution. Yet, the practice has remained largely unchanged, even as the world has undergone an immense cultural, social, and technological change. There is compelling evidence that suggests performance reviews have little real impact on workers’ productivity. People are often evaluated on intangible qualities that are difficult to quantify, and many of the elements of the traditional performance review are highly subjective. We still haven’t found the next evaluative paradigm, so we continue to rely upon outdated tools pioneered long ago.

Put another way, we’re still applying a solution pioneered in the early 1900s to 21st-century problems.

People-first operations give us an unprecedented opportunity to critically examine the nature of what knowledge work means. The eight-hour day and five-day week that labor organizers fought and died for made sense for industries that were measured purely in terms of raw output, but applying the same principles to knowledge work simply doesn’t make sense.

It may feel uncomfortable to admit, but most people—and knowledge workers, in particular—are only capable of sustained, focused concentration for maybe four hours or so before diminishing returns begin to manifest. This acknowledgment is uncomfortable because it defies so many of the “values” that have come to define modern work and forces us to reckon with our limitations as human beings.

This is where the central tension between the needs of a workforce and the supposed needs of an organization begins to become more apparent—but it’s also the nexus where so many of the most important, fundamental conversations about work can happen.

People often ask us about our 32-hour work-week. Many people assume we implemented a four-day week as an employee perk. This is understandable, but it’s not why we did it. We didn’t introduce a four-day week to “create work-life balance” or attract a higher caliber of candidates.

We decided upon a four-day week because it was the most logical outcome of combining a safe environment in which people can do the work of their lives with a high-performance team. It also forced us to quite literally spend less time sitting at our computers and more time thinking about how to solve problems more effectively.

To us, this is what people-first operations are all about. Remote work and a 32-hour week aren’t perks or carrots on a stick. They’re the result of deliberately and consistently thinking about what our people need to do their best work and critically examining the nature of the work we do.

Everything we do at Wildbit is built on trust. Success means making and keeping promises to our team because our company wouldn’t exist without them. We know that a happier workforce is a more productive workforce, but we don’t want to make our employees happy so that we can make more money—we do it because we care deeply about our team and want to see them flourish.

It would be disingenuous, of course, to pretend that one doesn’t tend to follow the other or to pretend that we don’t want our company to make money, but it’s not our sole focus.

People often talk about FOMO—the Fear of Missing Out—in the context of social media, but it’s a powerful motivator in business, too. We’d wager that many companies suspect that conventional wisdom about growth isn’t working for them, but there’s simply too much pressure to preserve the status quo.

This pressure can be even more intense during trying economic times, such as those we’re all living through right now, and we don’t want to pretend that any of this is easy. But while conversations about work and what really motivates us aren’t easy, we believe they are necessary.

No two companies measure success in the same ways.

We’ve grown and become the company we are by constantly asking why we do what we do and how we can do it better. And while asking those questions isn’t always easy or comfortable, we’ve found that putting our employees first always serves us well—as people and as a business.

We’re grateful for the talented people in our community who made the creation of this content possible, brought new perspectives to our team, and extended the range of what was possible. Special thanks to: